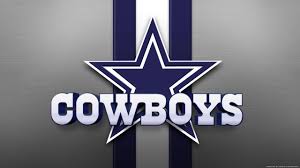 On Sunday, June 21, 2020, Ray R. Gonzales, a loving husband and father of seven children, passed away surrounded by family at the age of 79. Ray was born on November 13, 1940, in Tanque, AZ to Guadalupe & Rausara Rivera Gonzales.

He married the love of his life, Cipriana Villalba on December 25, 1957, in Safford, AZ. They raised two sons Steve and Zack and five daughters, Gloria, Diane, Susan, Sandra, and Frannie.

Ray had a passion for drag and dirt track racing, farming and taking care of his animals. He was the hardest working man anyone knew. Ray started working in the cotton fields when he was only 7 years old and continued to work until he was 79.

The love he had for his family was his greatest passion of all. He was the most selfless, warm-hearted, one of a kind man. His dirty jokes would bring a smile to everyone’s face and fill the room with laughter, especially his grandsons.

Ray was preceded in death by his parents, Guadalupe & Rausara, his in-laws Camilo & Ramona, his grand-daughter Malaia Torrio, his daughter Gabby, his sisters; Francis, Angela, Cookie, and Lecha, and his brothers; Arturo, Bill, Frank, and Lupe.

Private services will be held on Tuesday, June 30, 2020, at St. Rose of Lima Church. Friends and family are welcome after services at the Gonzales residence.

To send flowers to the family or plant a tree in memory of Ray R. Gonzales, please visit our floral store.