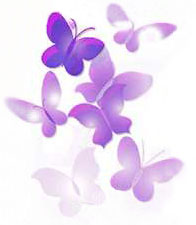 Norma grew up on her family's farm in Magna, Utah.  After high school, Norma took business courses and went on to work for JC Penney's Headquarters in Salt Lake City.

She married Donald Wayne Montgomery in November 1961. They moved their family to Morenci in 1967 and finally to Franklin in 1982, where she resided at the time of her passing.

She is survived by her two sons: James Craig (Betsy) of Duncan, and Douglas Lee (Darci) of Gilbert; two daughters: Sherma Jeane Garner (Dale) and Donna Mae, both of Duncan; her stepson: Donald Wayne (Tevy) of California; 12 grandchildren, several great-grandchildren, and great-great-grandchildren; and her niece Angela Moore (Ron) of Duncan.

She was preceded in death by her husband, her parents, her sister, and two brothers.

To send flowers to the family or plant a tree in memory of Norma H. Montgomery, please visit our floral store.

Services are to be announced
Share a memory
© 2020 McDougal’s Caldwell Funeral Chapel and Crematory. All Rights Reserved. Funeral Home website by CFS & TA