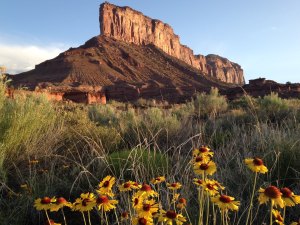 Jasper Pat French passed away December 26, 2021, with his loving wife Margaret of 60 years and his family by his side.  He was born March 1, 1942, in Duncan, Arizona to Pat and Dolores French.

Jasper grew up and attended school in Duncan, Arizona graduating in 1960.  He married Margaret Denton on June 10, 1961, and had 60 happy years.  He also had 4 children who challenged him at times but always loved and respected him.

Jasper was an electrician for 56 years, a mechanic, farmer, raised some cattle, and was an all-around handyman.  He could do anything and his family used his skills often.  He loved to hunt, fish, camp, and spend time with his family.  He was father to 4 children and Papa to 13 Grandchildren and 27 Great Grandchildren.  He was a "Ford" man and could often be found teasing those in the family who didn't drive Ford vehicles.  His Children have always looked up to him and tried to make him proud, his approval was always cherished.  His Grandchildren and Great Grandchildren loved their Papa and he could often be found playing with him.  He will be greatly missed by all of his family.

Jasper worked in Morenci, Arizona for 23 years and at the Palo Verde Nuclear plant for APS for 22 years.  He retired in 2006 and returned to Duncan, Arizona.

He was preceded in death by his parents Pat and Dolores French.

To send flowers to the family, please visit our floral store.