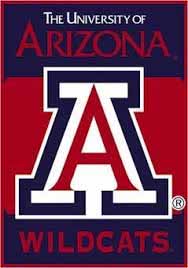 James Stewart Donaldson, "Jim" of San Manuel, Arizona quietly slipped into eternity on January 10, 2022, to be with his beloved wife Jo Donaldson who passed away in July of 2021. Jim was born in Tucson, Arizona, on December 7, 1937, to parents Merlin John Donaldson & Pauline Esther Milliken Donaldson, the youngest of 3 children.

Jim's parents divorced when he was quite young so he grew up in several communities including Tucson AZ, Hachita NM, and Cliff NM, before settling in Virden NM in 1949. It was there in Virden that he met his future spouse, Johnette "Jo" Lines, while they were both still young. By the time he was in high school Jim had begun dating Jo and was determined to keep dating her after graduating from Virden High School in 1955 because he was moving to Thatcher to attend the Gila Valley Academy, currently known as Eastern Arizona College.

On May 28, 1957, after quite the mix-up with their marriage license, the couple married in the Mesa Arizona Temple.  In 1958, Jim and Jo moved to Tucson so that Jim could continue his education at the University of Arizona. The couple was blessed with six children; Jayme, Joni, Kevin, Kyle, Krystal, and Karson. In 1970, the family moved to San Manuel, AZ where Jim was hired as the head basketball coach for San Manuel High School.

Family was everything to Jim & Jo and they spent all of their time together as a family camping, fishing, hiking, and hunting. Jim and his family truly enjoyed their annual backpacking trips into the Gila Wilderness in New Mexico and the tradition continued even after he was no longer able to hike in or ride a horse in.

Jim’s commitment to the community and the schools was outstanding.  As a Coach and the Principal, he touched hundreds of lives because he truly cared for each individual.  When coaching, he demanded the best from each player on and off the court, because he wanted to bring out the best in them. He will be well remembered for his 6 Mile Runs and the many golf tournaments that he organized.

He and Jo enjoyed going for rides at sunset, making special trips up north to see the fall colors, and above all, keeping his family together and full of love. After losing the love of his life, he continued the family traditions by spending as much time with his family as possible.

For those unable to attend the services, it will be aired on Facebook Live.  Sign on to your Facebook account and locate the McDougal's Caldwell Funeral Chapel page, "Like" the page, then 5 minutes prior to the funeral service starting the video will pop up on the page.

To send flowers to the family, please visit our floral store.