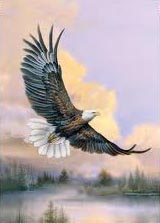 He received his education in west Phoenix, graduating from high school in 2003.  He Married Tiffany Nehz and worked in an aluminium company as a saw operator.  The young family was blessed by the birth of their first child, Diondrae J. Rope.

Andre is survived by his mother, Debra Rope, his loving wife Tiffany, his son Diondrae and his brother Ervin Rope.

He was preceded in death by his father Lariat Rope.

A Wake will be held on Friday, April 13, 2018 at 4:00 p.m. at the Pike residence with the funeral service being held on Saturday, April 14, 2018 beginning at  1:00 p.m. with Joshua Smithson conducting.  Interment will be in the Navajo Point Cemetery following services.